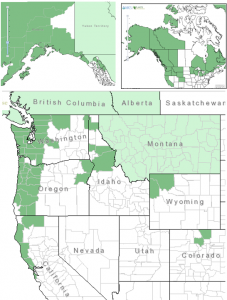 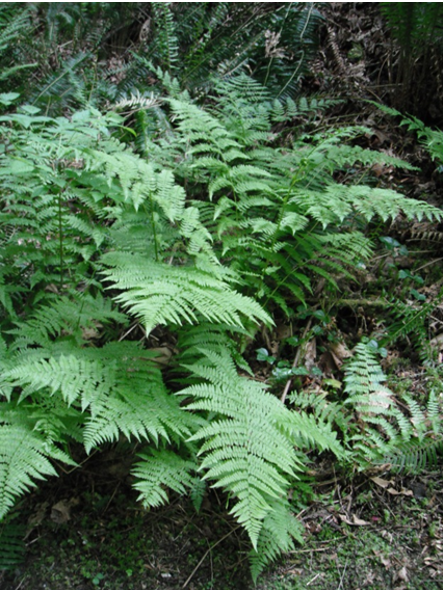 Names:  Athyrium possibly comes from the Greek athyros, meaning doorless, referring to the late opening of the spore cases.  Filix-femina means fern-lady, referring to its delicate fronds in comparison to the Male Fern, Dryopteris filix-mas. (Felix means happy or fruitful/fertile; a happy or fruitful lady could also be an appropriate name for this aggressive fern!)

Relationships:  There are about 180 species of Athyrium worldwide; with only two species in the mainland United States. 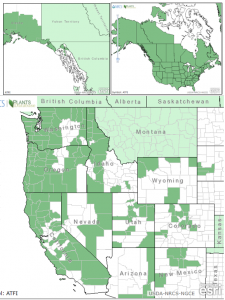 Distribution: Lady Fern is abundant throughout the northern hemisphere; found in all the states and provinces in North America.

Habitat: It grows in moist to wet forests, meadows and streambanks. Wetland designation: FAC, Facultative, it is equally likely to occur in wetlands or non-wetlands. 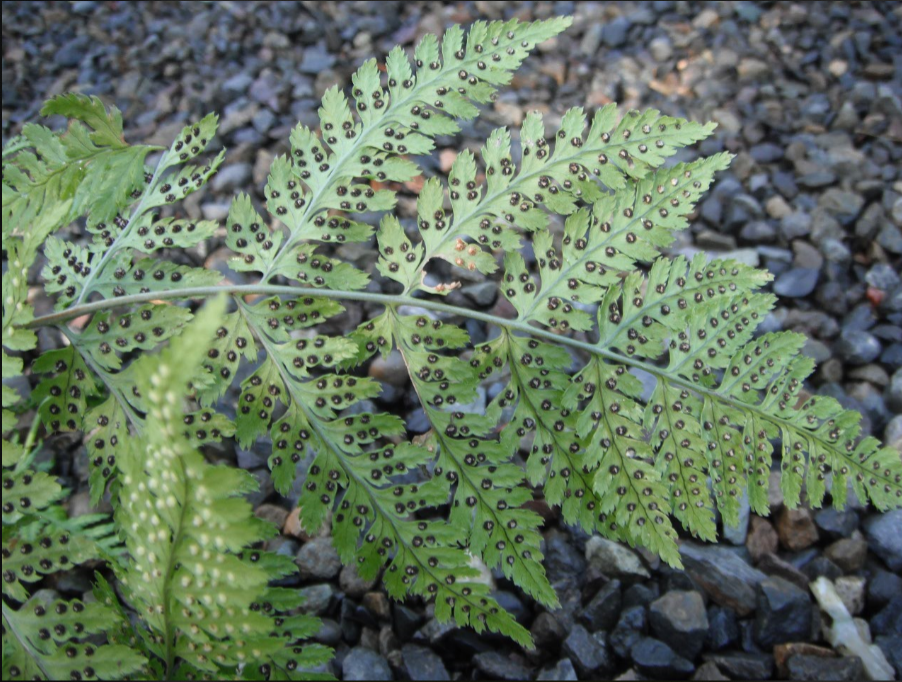 Diagnostic Characters: It has large, feathery 2-3 pinnate fronds, tapering at both ends, arising from a cluster of scaly rhizomes.  Sori, or spore cases, are elongated and curved, oblong to horseshoe-shaped. 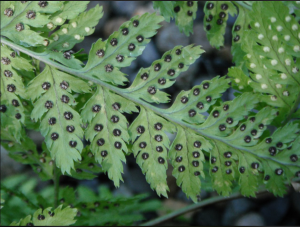 In the Landscape: This species, with its graceful, lacy, bright, yellow-green fronds, is very eye-catching.  It may, however be a little too aggressive for a formal garden, but is ideal for a wild, moist, woodland garden, where it can freely multiply.  It dies back completely in winter.  Some may consider the withered fronds a bit unsightly. 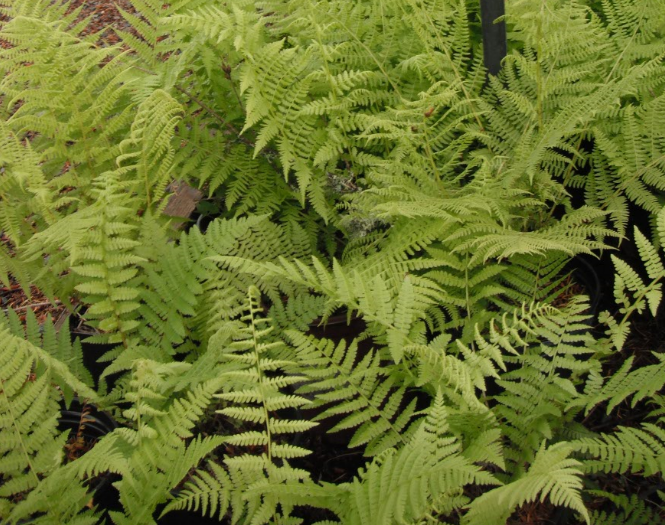 Use by people: Natives ate the roots/rhizomes after roasting or baking in a pit.  They should always be cooked prior to consumption; many ferns contain carcinogens, so caution is advised.  A tea made from the rhizomes or stems were used for various women’s complaints and to ease pain.  The leaves were used to cover camas while baking, to cover berry baskets and to wipe fish.

Use by Wildlife: Roosevelt Elk and deer Eat Lady Fern in the fall on the Olympic Peninsula, but it is not a major food species.  Grizzly Bears also eat the fronds.

Alpine Lady Fern, Athyrium americanum is found on open, rocky slopes along streams in our mountains.  It is also known as A. distentifolium var. americanum, or A. alpestre var. americanum.  It is much smaller, with narrower, crinkled fronds.