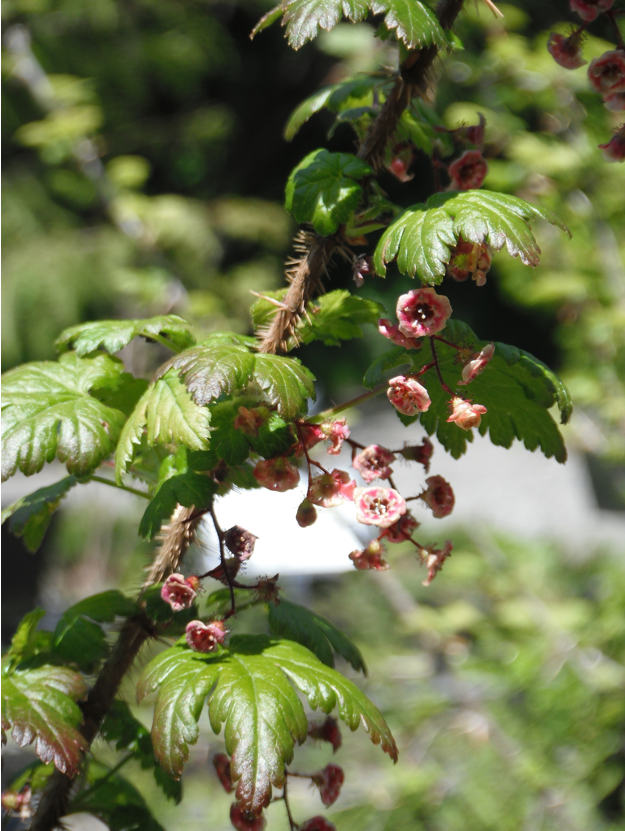 Relationships:   Currants and gooseberries belong to the genus Ribes (from the Arabic or Persian word ribas meaning acid-tasting).  Some taxonomists separate gooseberries into the genus or subgenus, grossularia.  In general, gooseberry plants have prickles; currants do not.  Ribes is the only genus in grossulariaceae; which is closely allied with escalloniaceae, and iteaceae; all formerly included in saxifragaceae.  There are about 150 species of Ribes in the temperate regions of the northern hemisphere, northwest Africa, Central America and in the Andes of South America; with about 50 native to North America.  30 are listed in the Vascular Plants of the Pacific Northwest.  About 7-8 are native to the west side of the Cascades with about a dozen more found chiefly on the east side of the Cascades and ~17 limited to California or Oregon. 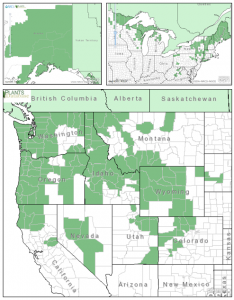 Distribution:   Black Swamp Gooseberry is found from Alaska to northern California in the west; all across Canada, through the Rocky Mountain States, the Great Lakes region and the North Atlantic states.

Habitat: It is found in moist woods, swamps and along streambanks, to drier forest slopes and subalpine ridges. Wetland designation: FAC+, Facultative, it is equally likely to occur in wetlands or non-wetlands. 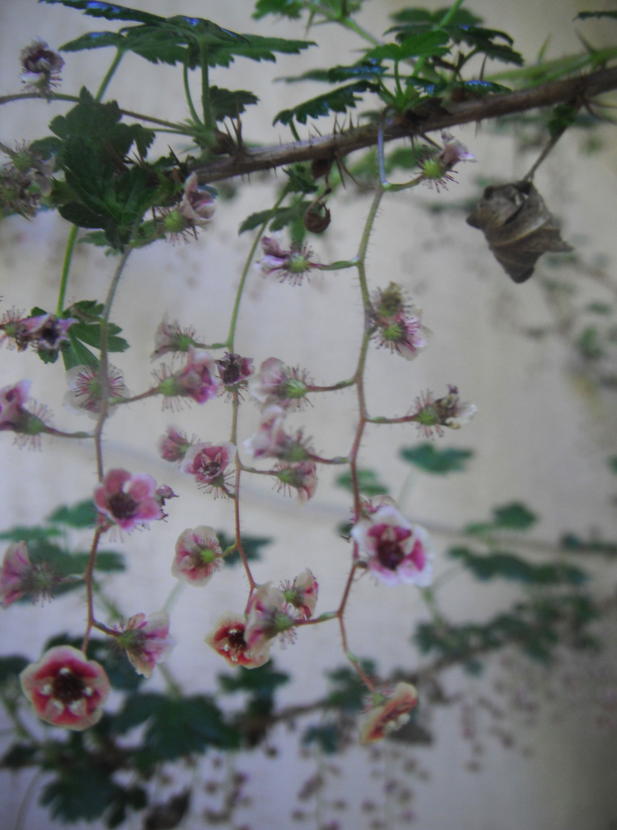 Diagnostic Characters:   Stems are erect in sun, spreading or trailing in shade; covered with many golden, bristly, prickles with spines (usually smaller than on R.divaricatum) at the leaf nodes.  Leaves are small with 5 deeply indented lobes.  Small flowers, 5-15, are borne on pendulous, drooping clusters.  Calyces range to a pale yellowish green to a mahogany-red; petals are pinkish.  Fruits are dark-purple with glandular hairs.

In the Landscape:   Black Swamp Gooseberry is a good choice for wet areas in a wild garden.  Its bristly prickles and nodal spines aren’t quite as wicked as the spines on Coast Black Gooseberry, but some people have experienced an allergic reaction (some swelling) after contact.  Its pendulous, mahogany-bronze flowers are interesting.

Propagation:  Seed is best sown outside or in a cold frame in fall. Stored seed may be stratified at 35º F (2º C) for 120 days; scarification in a 2 to 10% sulfuric acid solution enhances germination.  Hardwood cuttings may be taken in fall or semi-hardwood, earlier in summer. 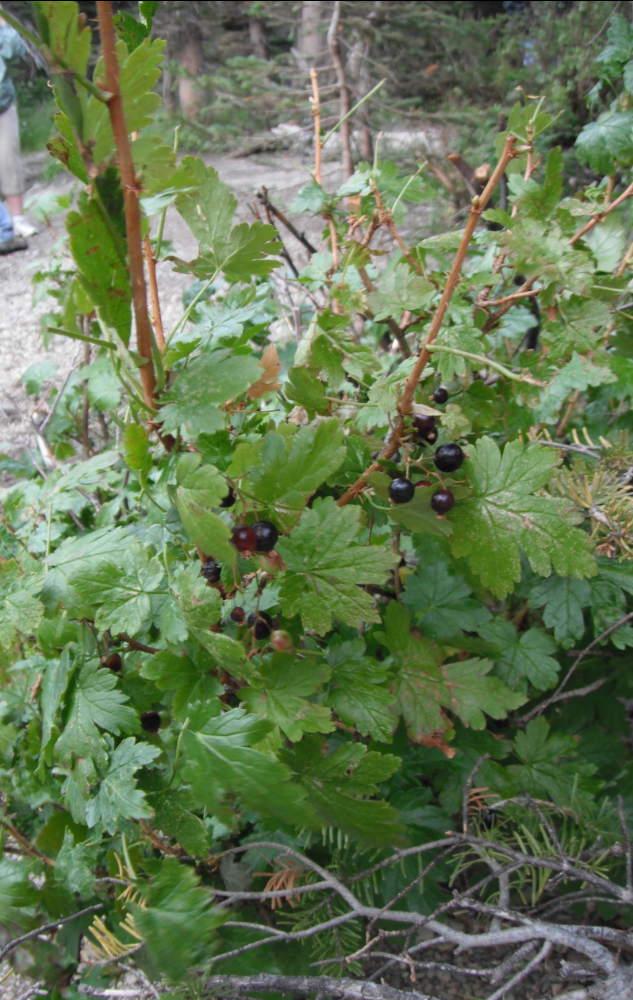 Use by People:   The berries were eaten fresh by most of the native tribes of the northwest, although some considered them poisonous.  The fruit is said to have an “agreeable flavor,” tart and very juicy, but when crushed it has an offensive odor.  The fruit can be made into sauces, jams or preserves.  This prickly shrub was thought to have protective qualities to ward off evil and was used to discourage snakes.  A tea made from the bark was used drunk during childbirth or as an eyewash for sore eyes.  The roots were used to make rope and reef nets.