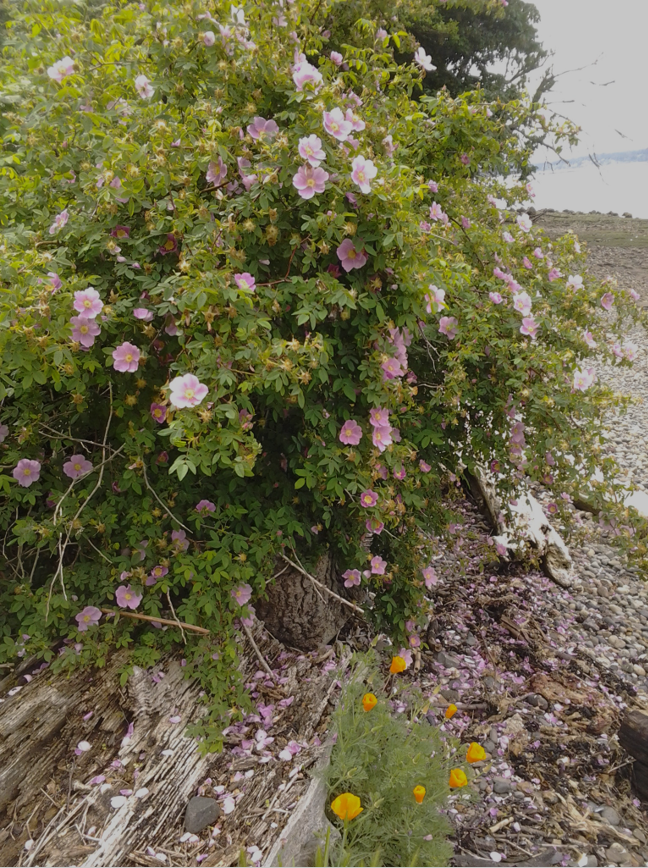 Names:  Nutkana is derived from Nootka; Nootka Sound is a waterway on the west coast of Vancouver Island in British Columbia that was named after the Nuu-Chah-Nulth tribe that live in the area.  Nootka Rose is sometimes called Common, Wild, or Bristly Rose.  There are four recognized varieties whose names suggest differences in bristling. 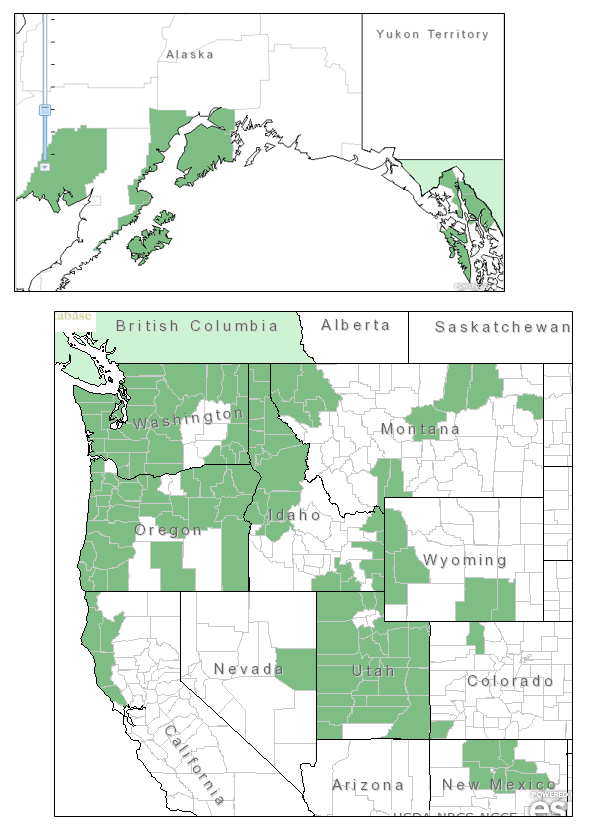 Distribution:  Nootka Rose is found from southern Alaska to the northern California coast; east to Montana in the north and northern New Mexico in the south.

Habitat: Nootka Rose is found in a variety of habitats: shorelines, floodplains, streambanks, meadows, open forests and forest edges. Wetland designation: FAC, It is equally likely to occur in wetlands or non-wetlands.

Diagnostic characters:  Nootka Rose is very difficult to distinguish from the Clustered Wild Rose, R. pisocarpa.  Both have pink flowers.  The major difference is that Nootka Rose has larger flowers that are usually borne singly (but sometimes in pairs or triplets) at the ends of branches.  The stems of Nootka Rose are variously prickly; paired prickles arise at the base of each leaf.  Leaves have 5-7 toothed leaflets, sometimes glandular, with more or less rounded tips.  Fruits are relatively large (1-2cm), purplish-red hips. 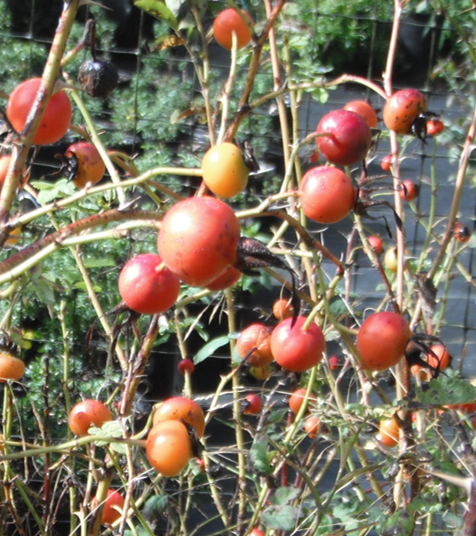 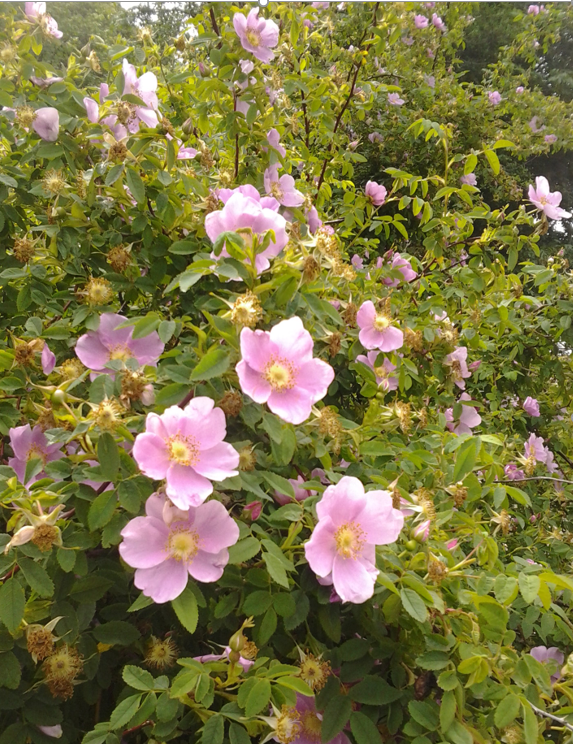 In the landscape, Nootka Rose is beautiful but can be aggressive.  It is great as a barrier plant, growing into an impenetrable thicket.  Its fragrance fills the air in a seaside habitat.  It is valuable for stabilizing banks, especially along streams. 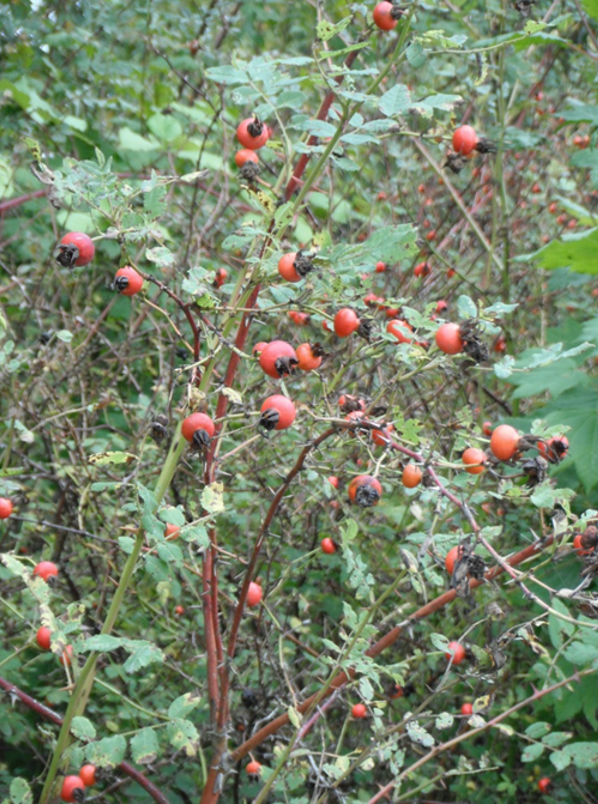 Use by People: Some natives ate the hips, raw or dried, or they boiled them to make a tea.  The fruit tastes better after a frost.  Care should be taken, however, there is a layer of hairs around the seeds (actually achenes); these hairs can cause irritation to the mouth and digestive tract.  A decoction of the roots was used to treat sore throats or as an eyewash.  The bark was used to make a tea to ease labor pains.  Rose hips are sometimes used to make jams or jellies; they are rich in vitamins, such as A, C, & E. 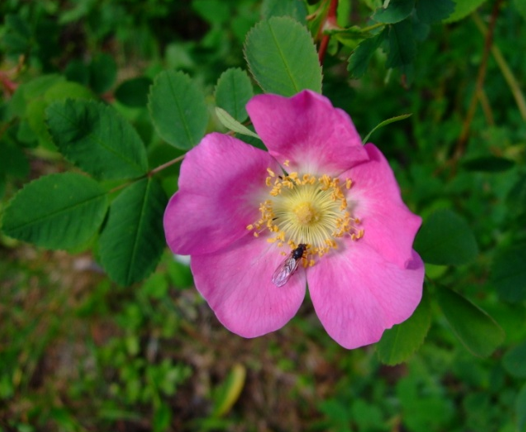