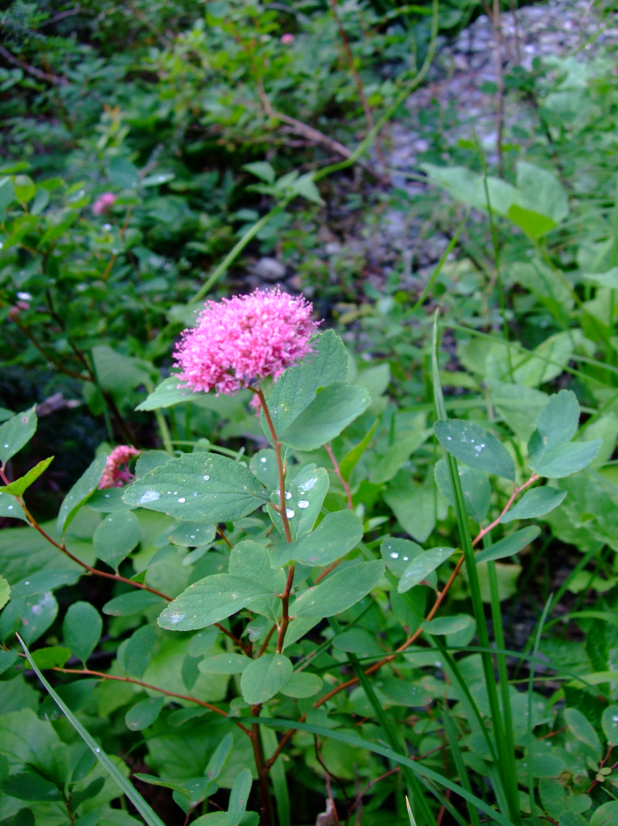 Names:   The word Spiraea comes from a Greek plant that was commonly used for garlands.  This species is also known as Spiraea densiflora.  Splendens means shiny, densiflora means dense flowers.  Subalpine Spiraea is also known as Rosy Spirea, or Rose or Mountain Meadowsweet. 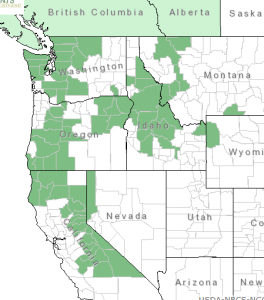 Distribution: It is found from southern British Columbia in the Olympic and Cascade Mountain Ranges to the Sierras in California and Nevada; eastward to the Rocky Mountains, Alberta, Idaho & Montana & Wyoming.

Habitat:  It is found in moist meadows, on streambanks, and open, rocky slopes.

Diagnostic Characters:  This species has round to oval (toothed near the end), shiny, bright-green leaves; reddish-purple bark; and flat-topped clusters of pink to purplish flowers.

In the Landscape:  Subalpine Spirea, with its bright pink flowers, is an attractive addition to the landscape.  Flowers are sweetly scented, reminiscent of cloves.  It is especially useful when a smaller shrub is desired.  It has great potential for mixing with Shinyleaf Spiraea in borders or foundation plantings. 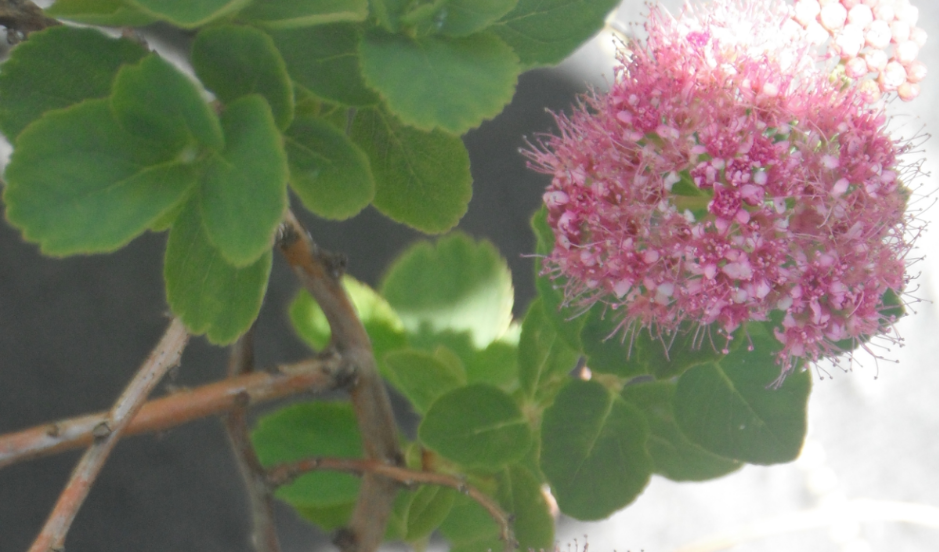 Use by People: Flowering stems were used as paint brushes, especially on the large spaces of teepees by the Blackfoot.

Use by Wildlife: Subalpine spiraea is considered a poor forage species and also does not provide good cover. But is possibly a good species for pollinators such as butterflies.